Damaging a home or vehicle, tampering with someone’s property or tagging a wall with spray paint are generally considered vandalism. In Texas, law enforcement officials and prosecutors treat vandalism as a criminal mischief charge. Texas law defines criminal mischief as intentionally or knowingly causing—without the owner’s consent—damage to property, tampering with property or marking or painting graffiti on property.

Texas statutes cover three crimes: criminal mischief, graffiti and reckless damage or destruction. The penalties for criminal mischief range from a $500 fine to a $10,000 fine, plus two years in state prison.

If you have been charged with vandalism or criminal mischief in Metro Houston, contact the law offices of Michael Lamson immediately for a free, no-obligation review of the facts in your case. Our team can review the angles of defense that will help your vandalism and criminal mischief case. The prosecuting attorney must demonstrate to the court that the defendant had intent and knew that his activity had damaged or tampered with the property. A defendant may be charged, however, with reckless damage without intent. The law office of Michael Lamson, P.C., has represented victims in personal injury cases since 1977, and we are ready to help you, too. 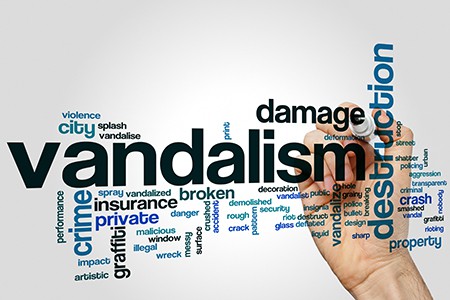 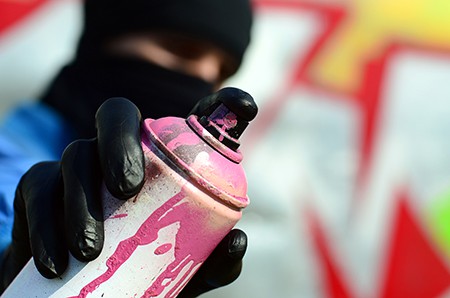 Fighting Charges of Vandalism and Criminal Mischief in Houston, Texas